Agora Infantil is a child and youth participation program in Andalucía, promoted by Coglobal and supported by the University of Málaga, University of Huelva, University of Cádiz and the Università Degli Studi di Palermo. It is intended to be an instrument that enables the participation of the youngest in the building, use or management of public spaces from the perspective of childhood and adolescence. The program tries to construct classrooms that are decision-making spaces in which children and adolescents analyze their territory, make proposals, deliberate and build collective proposals that the local council can put into action. Implementation of the program was proposed by local government in collaboration with schools.

Agora Infantil is an experimental program that has been active in 11 Andalusian towns: Archidona, Ardales, El Burgo, Casabermeja, Casares, Puente Genil and Trigueros (the first towns to implement the program in academic year 2014-2015); followed by Almáchar, Huelva, Lucena and Riogordo. These towns have varying profiles, ranging from the smallest and most rural—El Burgo and Almáchar (1900 inhabitants each)—to medium-sized towns and cities such as Puente Genil (30 000), Lucena (43 000) or Huelva (146,000), the capital of the province of the same name.

Participants chose to intervene in classrooms and during school hours because of their special interest in observing whether implementing the program generates democratic inclusion in those target sectors of the under-age population that are prone not to participate. The classroom serves as a random, representative sample of the population. Working with the whole class is extremely valuable as it facilitates observation and validation of the methodology used. These interventions have served as a beta test, as they do not represent all girls, boys and adolescents in the territory. New interventions that connect participatory processes in classrooms with forums at the more representative territorial level constitute the next step in the project.

hrough Agora Infantil, direct municipal-democracy interventions are carried out with children and adolescents from 10 to 14 years who want to get involved in the exercise of decision-making about issues that affect and interest them. These cover leisure and culture programs, equipment for children and youth, awareness campaigns on environmental issues, coexistence, etc. The program is constructed so that school classrooms are a space for deliberation and decision-making in which participants analyze their territory, identify needs, debate ideas and build a proposal that will later be implemented by local government.

The initiative is carried out as follows:

oys and girls brainstorm proposals. Groups are formed and select the proposals that most appeal to them. The proposals selected by the different groups will be transferred to local government to study their feasibility. Students approve the proposals.

Valuable learning derives from observation of Agora Infantil sessions. Much of this is a related to unbalanced reactions in girl-boy dynamics or the role of leadership in the class. These gendered elements need to be actively addressed by the facilitators to encourage contributions and foster the creativity of all the individuals that make up the group. Subsequent improvements that have been incorporated into the intervention design as a result of classroom observations include:

In a short period, Agora Infantil has helped generate processes of active, participatory involvement among Andalusian schoolchildren. Students responded positively, increasing their empowerment in the context of the local public sphere. In some towns and villages, the girls and boys participating in the program are beginning to collaborate with pre-existing local youth participation structures, giving continuity to the results sought in the intervention. We have reason to believe that continued development of the program within a given territory could favor the formation of a stronger community-based, participatory citizen culture. Coglobal expects to be able to verify this in the coming years so the implementation of Agora Infantil and its evaluation continue.

Beneficiaries of the participatory process are:

Indirect beneficiaries are, to some extent, the school population of the 10 centers where the action has been carried out. Indirect benefits are also generated in the seven municipalities because of the innovative experience, knowledge of which is transferred to the local administration, and by the local population as a whole, through the action proposals emanating from the project and the social awareness derived from the activity.

To better transfer practice, special attention should be paid to issues such as:

The evaluation was carried out using a quasi-experimental design in which measurements were made before and after the intervention in both the target group and the control group. The instrument used was a questionnaire with closed and open questions designed for this purpose. Along with quantitative measurement, narrative observation has been recorded. In this case, at the end of each session, each of the members of the field team separately described what happened during the session to later prepare a joint final report. The objective of the observation, in addition to finding possible results for the intervention, has been to identify which aspects need to be improved and which maintained in the work methodology.

The quantitative evaluation of the first twelve experiences of Agora Infantil in academic year 2014-15 shows better data among the participating boys and girls in aspects such as (1) perception of self-efficacy, (2) perception of feeling listened to and taken into account, (3) confidence shown in the local council, (4) levels of knowledge about local politics. The improvements refer to the data recorded in the participating group before and after the intervention and to the comparison of these data with those recorded in similar groups that had not participated in the process. On the other hand, the level of girls’ and boys’ satisfaction with the intervention is very high.

In the satisfaction questionnaires, adults involved in the program (teachers and local authorities) also scored the project highly and considered that it allows municipalities and schools to gain in sensitivity and practice child and youth participation in investment and in activities directed at them.

The process of involving the youngest in the elaboration, debate, application and monitoring of PBs has the following benefits:

Coglobal coordinates the program and the Coglobal team designs and shapes the interventions. The entity is in charge of meeting previous commitments with city councils, schools, the social environment and research teams. During the sessions with children and adolescents, the Coglobal team also leads the interaction between participating groups.

The program is implemented at the request of local government (council) with the collaboration of the schools (which are the responsibility of the regional government of Andalusia). Both teachers, technical personnel, and local council politicians participated in the whole process. 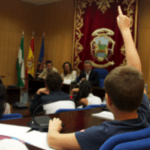 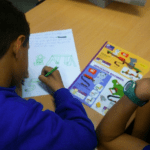 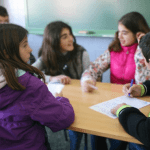 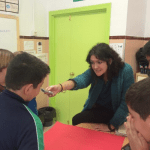