In Altea—a town of approximately 22 000 inhabitants in the province of Alicante (Spain)—participatory budgets (PBs) are drawn up as a result of two participatory processes:
Ideas to be included in the town budget are presented. All citizens, including boys and girls, can put forward ideas they consider beneficial for the town
These proposals are put to a vote. In this phase, 10 proposals are made public for voting.

PBs were first launched in 2017 thanks to Compromís, the governing party at the time. Compromís is a pro-Valencian electoral coalition in the autonomous region of Valencia, which defends progressive, ecological pro-Valencian policies. See https://alteaparticipa.es/about for information about participation in Altea:

“The Town Council of Altea believes in democratic regeneration as one of its fundamental pillars. Regeneration that entails giving citizens a voice and bringing them closer to the decision-making process. Participation that aims to give citizens a bigger share of political co-responsibility so they can ‘co-govern’ their council, their town.”

The first phase of drawing up the PB consisted of planning informative talks in primary and secondary schools in the area, to inform students, teachers and parents about:

The presentation of proposals could be either online (email) or in person. In September 2019, a three-week proposal phase started so that citizens could submit their proposals for local projects. The citizen participation technical staff were in charge of compiling and responding to each proposal (thus creating greater involvement and proximity between the council and participants). Once all the proposals had been collected, they were anonymized and given to technical staff for them to make their own evaluation before the official meeting.

In 2019, this phase of PB presentation was carried out in primary and secondary schools and on social networks. An Instagram page for Citizen Participation in Altea was created (a Facebook page already existed) and a social media strategy was agreed with the Town Hall Community Manager in order to improve communication by, for instance, selecting photos that were suitable for publication on Instagram.

The second phase included a Meeting with town council technical staff to examine all 73 proposals received. This was held in order to evaluate their feasibility with respect to the PB allocation of €100 000. Once the anonymized proposals had been evaluated, they were published on the council website so citizens could access them.

Finally the Participation Council meeting took place. This council consisted of representatives of all the political groups and of the sectoral councils (local school council, the councils for the environment, agriculture, health, urban planning, commerce, tourism, and the children's council) and those citizens of Altea who wanted to participate, given that these meetings are open to the public. After reading and debating all of the proposals, the vote took place. The 10 proposals receiving the most votes made it to the final ballot. Once selected, those who had submitted the proposals were contacted to invite them to present their proposals at a public event. These invitations were sent out by the technical staff who were the only ones who knew the participants’ names.

The next step was the presentation of the PBs. First, the website was set up so that from midnight on the actual day of the presentation, the website was enabled to present all information necessary to vote for PB proposals and start registering votes. The website listed the final 10 proposals, their titles, a brief explanation of each project and photographs that represented the proposal/idea. All of this—the proposals evaluated, the final 10 proposals, and the regulations—was made available in the two official languages of Valencia. The posters and images to be published on social networks were prepared. In addition, a special poster-board was prepared for each project, so that the people who presented it could use it as part of their campaign. Finally, before the event, a PowerPoint presentation was prepared so that people could present their ideas with visual resources and the presentations could be streamed. The meeting was introduced by the councilor for citizen participation together with the technical staff. She presented this 3rd edition of the PBs and described the full calendar for the process. The people who had proposed the 10 projects were given the opportunity to present them (this is intended to enable the citizens of Altea to involve themselves in their proposals and to facilitate a closer working relationship between the council and citizens).

Here are the titles of the 10 proposals as listed on the Altea Participa website.

Once the campaign had begun, citizens who made proposals were intended to participate actively in promoting their projects prior to the vote. Since they wanted their proposals to be carried out, they involved their relatives, neighbors and friends in the campaign, thus increasing the level of participation among Altea’s citizens. Participation was launched with a presentation event and the publication of the "Kit Participa" (available in Spanish at https://alteaparticipa.es/docs/KitParticipa_CAS.pdf), a public toolkit on the Altea Participa website consisting of guidelines for citizens to carry out their own campaigns. At the same time, citizens were provided with different sizes of poster design for them to promote their projects, so that they could print and distribute these on the streets and via social networks. The town council also carried out its own campaign, called “Campanya al Carrer” (‘campaign on the streets’), in which both the councilor responsible and technical staff organized a stand with all the information about the PBs and a computer and a cellphone to enable voting. This stand was mobile and every day it was located at a different point in the town to reach as many people as possible. The aim of “Campanya al Carrer” was to give older people or people who are not on social networks or the Internet the opportunity to vote. At the same time, the voting system was set up to facilitate voting from any computer or mobile device on polling days via the Altea Participa website. For security reasons, only 3 votes were allowed per IP. The use of social networks was intended to attract young people to participate quickly and easily. The social media strategy focused on the campaign period in order to increase turnout. All citizens aged 16 years or older and registered as resident in Altea in the census dated October 30, 2019, were eligible to vote.

Once the voting period ended, a press release was prepared to publish the results. The entire process was available for consultation on the website (https://alteaparticipa.es/about).

Results of the process

After the campaign, the feasible proposals not chosen by the citizens in the PB process were sent to the relevant local government departments for consideration, giving them a new opportunity to be implemented.

This is the calendar for the process published by Altea Participa.

Many people were involved in the PBs

The 10 people whose proposals figured in the final campaign were intensely involved in the process. In addition, the relationship/communication between the town council and participants was good.

By anonymizing the proposals, the focus was placed on the ideas irrespective of the persons or collectives who proposed them.

This is a case of a local government organizing PBs and involving the youth through concerted action in schools. The number of proposals related to young people is a good indicator although none of these were finally selected.

Participatory Budgets are a very recent concept in Altea and, therefore, citizens are not used to participating this type of process. In addition, the technical staff also lacked experience of the process.

In general, implementation was considered exhaustive and highly satisfactory. Communication was a very important tool in increasing involvement between the town council and participants. Aspects can be improved: for example, the dissemination of the project in the initial phase in primary and secondary schools. This should be extended to local associations, groups, and so on.

Similarly, the Participation Council should be expanded so that more local citizens can participate and become involved in the decisions taken. Additionally, the so-called “Campanya al Carrer” needs careful review. It needs more staff in order to cover different parts of the town when disseminating the campaign. In general, the experience has been very positive. A good indicator of this is the fact that this was the third edition of the PBs and that a new edition has been announced for 2020. 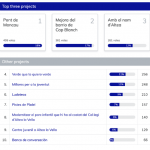 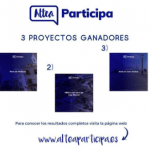 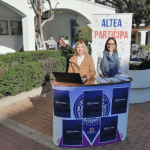 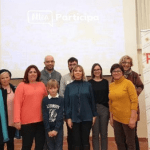