The School Participatory Budget for 2020 (SPB) is an undertaking aimed at involving students in the process of town management, education and stimulating their civic activity. SPB 2020 gives students of Mrągowo the opportunity to submit proposals for tasks that can be financed from the budget of the town, as well as to express their opinions on the submitted projects. The total amount of the School Civic Budget 2020 is PLN 30 000, including a maximal amount of PLN 5000 per school.

The initiative to create the School Participatory Budget at the level of the whole town was initiated by decision-makers from the municipal office. As the Mayor of Mrągowo recalls: "it is a good lesson of civic education, an opportunity to co-decide on how the municipal budget is spent, but most of all it allows students to create attractive activities aimed at young people and other inhabitants of Mrągowo".

The whole process was implemented in four months - the submission of proposals by students lasted until October 30th. Later between 4th and 15th November, the verification of tasks by officials took place, and voting on the accepted projects to be implemented took place from 1st to 20th December. The results were announced on 10th January 2020.

The process was organised for the first time – it was a pilotage in all schools in the town (including those one where the organizer was the district and not the town). The amount of funds was distributed from the level of the whole town - however, the projects were submitted by students only at the level of their own schools. The role of facilitators of the process was played by the officials and school managements as well as by the tutors of the student councils in participating schools.

Activities within the School Participatory Budget in Mrągowo were implemented in several steps described at the level of one (pre-imposed) process regulation:

Verification - all ideas submitted by students are verified by committees composed of students and officials in two stages: formally (whether the idea comes from the student of a participating school, whether the implementation time covers 2020, whether it is included in the budget, whether it received the minimal support) and in terms of the content (in terms of planned activities in the town, the cost estimations of implementing tasks and technical feasibility).

In case of rejecting the task proposal as a result of verification, the student has the right to appeal to the mayor of the town.

Voting takes place by filling in the ballot paper and throwing it into the ballot box at the school principal’s office. The voter can choose 1 task. Every student of Mrągowo has the right to participate in the voting.

Project application stage - students were encouraged by the information campaign (information in social media, posters in schools, meetings with officials) to submit their own ideas. Only students were entitled to submit their own project. In creating the project form they were not actively supported by any mentor, but they could use the office's helpdesk or the support of school teachers.

Voting stage - only students from schools in Mragowo were entitled to vote. They could decide which ideas were supposed to be implemented and could only vote on the project from their own school.

The participation of young people in shaping the school budget was not recorded as well as examples of own promotion of the submitted activities. Most of the winning projects were related to purchases, but in the case of the winning school mural students were involved in its design and implementation.

The courage of the decision-makers in creating the new process on the scale of the whole town deserves a distinction. The municipal office tried to cope with this by creating its own top-down rules of procedure (which is in conflict with the principle of co-designing), which can also be written down as pilotage difficulties.

While analysing the projects submitted by students, it can be seen that in some schools there were really active groups of young people who forced through their bottom- up student ideas, even if later the voting stage went above and beyond their school.

Students didn’t have an influence on the very beginning of the process - creating ideas and values of the process, developing school budget regulations.

Evaluation of activities was not carried out, but according to announcements of the officials, the process will be continued in the same formula.

The funds for implementing ideas came straight from the budget of the town of Mrągowo, from the municipal participatory budget fund. The process was handled by officials of the promotion department within their working hours.

‘Such a process requires learning from your own mistakes. You have to try to do it on your own way - there are too many local contexts to give advice.’ said Paulina Zborowska-Weychman 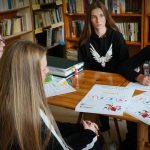 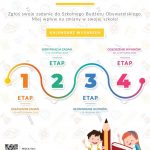