Introducing the mechanism of school participatory budget in eight Warsaw schools from scratch. From the very beginning, the project was implemented by school project groups composed of school employees and students. They implemented their ideas worth PLN 4000.

The main assumption of the project was to create the principles of the school budget in a participatory model, i.e. together with representatives(s) of the school management, teachers and other school staff, parents and, of course, with children and youth. Secondly, the purpose of the project was to support schools in carrying out the whole process: from the information campaign, through inventing ideas, writing and submitting projects, their promotion and selection, to the implementation of winning projects and evaluation of the whole process. The schools received the financial support from the city of Warsaw (PLN 4,000 for the implementation of the winning projects) and the additional help from the mentors of our foundations who accompanied, cheered and supported both in the moments of joy and during the times of the problems.

In each school we set up the working team consisting of students, teachers, the school management and parents in primary schools. The teams with the support of our mentors supervise the process at the school: they draw up the budget regulations, communicate them to the community, verify the submitted projects and organize the voting. Schools organise workshops of generating ideas to the budget in which students and pupils were involved. Individual consultations are held with individuals and groups who will decide to submit projects. In each institution, the debate on submitted projects takes place. Then the school work teams verify the projects and carry out voting. The winning projects are implemented.

As a result, 93 projects were created, submitted mostly by pupils. The projects were then verified by working teams. 70% of students from all schools took part in voting preceded by the short promotional campaign. Finally, 15 projects were selected in all schools. Among those projects leisure equipment (sofas, poufs, and relaxation corners) was the most popular idea, but there were also projects related to the purchase of recreational and sports equipment, audio-visual equipment, equipment to toilets or chemical rooms, the new terrarium for the school turtle.

The students were the part of working teams, they were involved in the preparation of the school budget and regulations and they supported the coordinator substantively and organizationally.

Pupils took part in the workshops of generating ideas and individual sessions to refine their ideas. Then Ideas were submitted, discussed, promoted and at the end they were voted. Therefore pupils were engaged at different stages, individually and in groups, alone and with the support of adults.

We provided each school with the tools to create the school budget rules. However the working team consisting of representatives of all groups from the school community played a leading role in developing those rules. The schools chose different solutions: both in context of ways to promote the process, the involvement of different groups, and the methods of creating and selecting projects and the timetable. This attitude in combination with the cooperation with both primary and secondary schools, technical secondary and vocational schools, allowed us to test the whole range of solutions and assess their effectiveness and suitability for different age groups. The results were summarized in the form of materials which can be used by other schools and interested parties: the webinar and the podcast are interesting forms of listening about introducing the idea of school participatory budgets. An important innovative element of the programme is the publication, which can be the handbook containing materials which will facilitate the logistical preparation of the school budget presented in the "download" section: the sample project application form, regulations, the schedule, voting styles, budgeting ideas, the evaluation template, four class scenarios for teachers or youth workers.

The biggest problem was the short duration of the budget implementation adjusted to the length of the school year. The weakness of the project was the fact that the funds for school budgets were external, so the schools did not learn in practice how to raise funds outside the project. However, one of the schools decided to continue the project with the use of their own funds.

Due to the pilot nature of our project, we put great emphasis on the evaluation stage of the work of working teams, our mentors and mentors at schools. The models of participatory budgets developed in schools (with different solutions in each school) have been critically examined by representatives of different groups from the school community: headmasters, teachers, parents and students. We gained the knowledge about ongoing activities in schools and their evaluation through the evaluation questionnaire filled in by 2415 students and interviews. The results were discussed during meetings of school working groups.

The work on evaluating the process in schools has led us to create two documents presenting our experiences. Their aim is to share knowledge from different institutions and create more universal guidelines on school participatory budgets for Warsaw schools. The summary meeting for representatives of working teams from all schools participating in the project was organized in the Zodiak Pavilion of Architecture in Warsaw on 6th March in order to achieve the best final effect. 36 representatives of the schools with which we cooperated participated in the event, two people from the institutions implementing the school participatory budget on their own and representatives of the City Hall.

The project was financed by the city. In eight schools where the project was implemented it was possible to spend 4,000 PLN on the winning ideas. We spent from several dozens to several hundreds of PLN on printouts (depending on the population of the school community and the number of undertaken informational and promotional activities).

Selected projects were carried out by the school, although the students decided about spending their funds on the winning projects.

Transparency is very important in the project. The authors should know on what basis their projects are evaluated and must receive feedback related to their project. The school community should know not only the budget rules but also the results of selecting projects. Additionally, if there is a need to introduce changes to the school budget rules during the process, they should be introduced in a transparent manner. The school community should be informed about changes, stating their reasons. The lack of transparency at any stage of the school budget can have very negative consequences, such as the loss of confidence in the process and discouragement to be involved in the future. 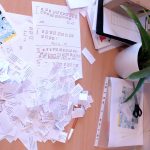 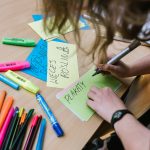 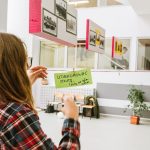 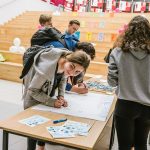 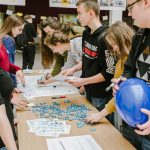