Between November 2018 and November 2019 within 3 Youth PB processes North Ayrshire Council allocated between £50,000 and £60,000 per event. Voting took place across the 6 Localities in North Ayrshire, in Schools and Youth Centres and via unique codes provided by the Young Scot youth empowerment programme. Voting was open to young people aged 8-25 years. Approx, 17,000 young people voted on themes relevant to young people.

North Ayrshire has been running PB projects since around 2014, with youth PB starting in 2016 In November 2016. That year over 5,000 young people accessed Young Scot’s e-voting platform using their National Entitlement Card number to decide how £60,762 should be allocated to 67 youth projects in six localities in North Ayrshire. The first £40,000 in funding was from North Ayrshire Council’s Youth Action Fund. The remaining £20,762 coming from the Scottish Government’s Community Choices Fund.

In 2018, which is the focus of this case study, the funding was allocated according to Year of Young People Themes which had been decided by Young People themselves. Young People were involved in all stages of the process. Young people came from a range of groups such as Youth Forums, Youth groups, Members of Scottish Youth Parliament and Modern Apprentices (a youth employment scheme to enable young people to learn whilst working.).

Support was offered from Youth Work staff. A variety of venues were used including schools and youth and community centres. Discussions also took place at The North Ayrshire Council Cabinet, meetings were held in local Schools, at youth Conferences and within Youth Executive meetings.

Young Scot provided the website where the voting took place. They repurposed their Young Scot website which already had some functionality for voting, and also security controls designed for child protection reasons that provided reassurance of the legitimacy of participation. Many young people in Scotland already have a Young Scot account, and where necessary a temporary login was created to facilitate those that did not. In future years a more dedicated platform designed for participatory budgeting might be used instead.

Individuals, clubs, groups and parent councils from across North Ayrshire were invited to bid for up to £1000 per Locality (Arran, Garnock Valley, Irvine, Kilwinning, North Coast and Three Towns) to help make a difference for young people in their community. Applications had to fit with at least one of the following themes: Health and Well-being, Poverty and Inequality, or Participation and Young People’s Voice. Applications had to be submitted by Sunday 13 October 2019.

It is interesting to note nearly every school in the UK has a parents council which offers extra-curricula support to the school, including raising funds for trips and equipment, and they can be a useful part of a school PB. Often they can apply for funds on behalf of a school through a community grant PB, where the school itself as a public body is ineligible. There is a national support network for parent councils.

Applications were then screened and short-listed by youth groups, from each of the 6 Localities, supported by Youth Work Staff. This was done through the existing work of the North Ayrshire youth work teams, and complimentary work such as the local Youth Bank ( a process by which a small panel of young people decide how to spend money). A Youth Bank is in itself a kind of Participatory Budget, but without the same wide participation. PB is always enhanced when it sits within a wider youth engagement strategy.

A Communications strategy was implemented to encourage participation in the voting via Social Media including Facebook, Twitter and Instagram. Voting was open for approx. 2 weeks in November 2019. All schools and youth facilities were provided with a ' with a supply of unique and individual voting numbers.

Over a number of cycles the format has been refined and the voting age lowered to include anyone 8 years and up. The project incorporated Young Scot card Rewards as an additional incentive. Young people could collect points for voting and exchange them for meaningful opportunities and experiences, though notably relatively few of these rewards are redeemed. Participation being its own reward for most.

North Ayrshire Council and Young Scot conduct a communications campaign via social media and local media to ensure that all young people knew how to vote, with teachers playing a significant role in pushing the message out to their pupils.

Participation at the final voting stage is mostly independent, with each young person having their unique voter identification, supported by engagement activity within schools and youth groups. Over 17,000 young people participated out of a potential population of around 21,000, so achieving very high rates.

Besides the carefully planned process based on repeated experiences one of the most unique features was the wide range of youth able to participate, from age 8-25 years. High numbers of young people voting.

Their approach continues to develop and involve more people through the “Shaping North Ayrshire” engagement and co-design approach. Over £1 million of the Council’s core budget is now being considered via participatory approaches. Partnerships with Health and Social Care, NHS, the Third Sector and community groups have given grants for local projects aligned to locality plans, including a national Green Health Partnership pilot project.

Like many grant making programmes there are issues with bidders all submitting applications at the last minute and then the challenge this brings in finding enough time to short-list and advise applicants of next steps.

Very positive feedback from both young people and officers with the work being profiled widely across Scotland. A wide range of internally conducted evaluations are available if required by contacting the organisers.

Launching the process in 2018 Councillor Shaun Macaulay, North Ayrshire Council’s Youth Champion, said: “It is only right that our young people are able to decide which projects they’d most like to see funded in their area.”

One winner of an £800 (900 euro) award in 2019 was the Street Beatz dance crew, who used their funding to attend a national youth dance competition which they won. Nicola Kane, founder of Street Beatz Dance Academy, said: “I started the dance school over nine years ago to get children off the streets and into something fun. Participatory Budgeting funding has been amazing for us as we need buses, competition outfits and training wear in order to attend these types of event...this grant has allowed us to subsidise the trip, making it more affordable for our dancers.”

Another project that won qualifying under the Health and Wellbeing category.was proposed by pupils at Dreghorn Primary School who asked for playground Buddy Benches, for ensuring no one feels left out or lonely in the playground. The idea behind the scheme is that children in need of a friend can sit on a bench, then other children can come over for a chat or to play with them. Councillor Louise McPhater, Cabinet Member for Communities, said: “No child deserves to be lonely at school, and as well as a boost for children who may be struggling to make friends, the scheme also helps to teach empathy and valuable social skills.”

A larger project in 2017 was the Mind Your Health toolkit, which received £6,000 (approximately 7,000 Euro) of funding. The pack, which contains a wealth of advice and contacts for young people experiencing a wide range of mental health issues, also contains real life stories from young people who have experienced mental ill health, as well as learning workshops and items to help teach distraction techniques. Former Member of the Scottish Youth Parliament Courtney Gemmell proposed the toolkit and worked with the Democracy and Participation Officer at North Ayrshire Council to have the pack produced and distributed to schools, residential care homes and youth workers.

The budget came from Council and the local Health and Social Care partnership, and the project coordinated by experienced officers connected to the North Ayrshire Community Planning Partnership and the North Ayrshire Council Youth Work Team. Monitoring forms were sent out after 12 months, by Council, to ensure the budget was spent as proposed. This therefore represents the model of a participatory grantmaking process (the most common model of PB in the UK, usually used to fund local projects that offer, in this case youth activities.)

Report on the PB network website of the 2016-22017 process:
https://pbnetwork.org.uk/young-people-undertake-participatory-budgeting-in-north-ayrshire/

Reports from PB Scotland website on the 2017-2018 process
https://pbscotland.scot/blog/2018/2/16/youngsters-take-year-of-young-people-budget-lead-in-north-ayrshire 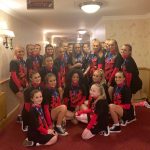