This programme supported primary school children, their families, parent council members, and school staff to deliberate and decide on projects that would have an impact upon reducing the ‘cost of the school day’. The learning and knowledge gained from the project provides an example of how PB might be used as an approach within schools to effectively allocate a fund aimed to reduce inequalities and thereby raise educational attainment.

Supported by £40,000 of Scottish Government Community Choices funding and £40,000 Midlothian Council funding, the project used PB as the method to contribute to the additional costs that parents faced to send children to school. This could include sports equipment, funded trips, and the costs of childcare before and after school for working parents.  The focus for the projects were schools in the three areas of Gorebridge, Mayfield and Dalkeith, with the aim of improving school outcomes under the Scottish Pupil Equity programme, which includes participatory budgeting as one its suggested methods to use additional income received by some schools within ‘priority’ areas. Working with initially seven primary schools in three priority areas in Midlothian, in a second phase a further four schools were involved. Overall 11 schools had participated in the programme by the end of 2018

Decision-making events were held on parent’s evenings and at school events such as sports days and concerts. Project staff were able to assist voters where appropriate, clarifying the nature of projects and how they would be undertaken.

During the first round (September 2017 – June 2018) Midlothian Council  worked in partnership with 7 school communities. There were 86 project proposals with 78 being put forward for voting and 50 projects successfully receiving funding. Across the 7 school communities, a total of 1573 people voted with £58,404, (£36,250 from Community Choices Fund and £22,154 from Midlothian Council), being allocated to projects that will have positive impact on the lives of young people and their families.

Examples of projects that have been funded include iron on badges for school jumpers, access to laundered PE kits, a subsidised homework club, a healthy breakfast club, free fruit and subsidies for school camp, theatre and other school trips. The success of the first round informed the later projects.

By the end of the project a total of 62 projects were supported out of 109 proposals. The most funding went on healthy eating and food related projects (breakfast clubs etc) and secondly  school activities that supported learning and also supported parents with childcare.

Support to Parent Councils to manage the PB process was provided by Midlothian Council’s Communities Team members and included ‘Cost of the School Day’ training sessions (covering the impact that school costs have on children and families on low incomes) delivered by the Child Poverty Action Group.

By the end of 2018 Participants had come up with a diverse range of ideas for projects that would reduce the cost of the school day.  Some focused on supporting or providing resources specifically for the most disadvantaged families while others were supporting universal provision (subsidy for school trips). The types of projects included:

Overall by the end of 2018 there were 109 project proposals, with 62 successfully receiving funding as a result of local people’s involvement in the decision making process.  Across the 3 priority communities, a total of 2,639 people, including children in classes P4 to P7, their parents, carers and school staff, voted.  A total of £72,999 was allocated to projects that will have a positive impact on the lives of young people and their families.

The programme enjoyed high levels of participation from the school community. Children, their families, parent councils and school staff have all been involved in the deliberative process; welcoming the opportunity to use their experience and knowledge to inform the content of potential projects.  They have also highlighted the benefit of being able to have a direct impact on the way funding has been spent.

At the start of the project a focus group of young people from school year P4-P7 discussed what they felt were the key issues around the cost of the school day for families that may be struggling to fund activities. This conversation was then expanded across the wider school community including teachers, parents and the senior leadership team.

Deliberation was facilitated through group discussions and social media. Within one school involved (St Lukes) nine projects were put forward for consideration at the decision-making events held during parents’ evenings in November. The St Lukes Primary School had been allocated £4,666 for its projects.

Adults were able to vote online using Survey Monkey or in person using ‘sticky dots’. Children in primary 4 to 7 classes voted in the classrooms following a final opportunity to discuss the various projects. In total, 308 people voted with 30% of the votes being cast by young people aged between 8 and 12.

The combination of different funds, the support of Midlothian Council’s communities team and the additional funding from the Scottish Government was a good example of partnership working.

Involving parents as well as children was innovative. One of the side benefits of the project was the greater access to support of parents to services such as welfare advice, computer literacy classes and other family support through the school.

The project sat within a wider project, led by the Child Poverty Action Group and it’s partners to address school based inequalities and adds value to that other ongoing work (see links on CPAG in Glasgow and the report on the perspective of the child in resources section).

Most of the participants – teachers, parents and young people etc were very supportive of the project, welcoming the opportunity to make choices, enjoying getting involved in the deliberation process.

Within one school it took a very long time to get the project off the ground, even though it started early sickness, a school inspection and generally the many other commitments of teachers delayed the project. Yet it turned out to be one of the most successful in terms of participation of young people

As noted elsewhere there are preconceptions about the choices of parents when managing their household budget.  Support with presentations and discussions facilitated by the Child Poverty Action Group was very helpful here.

In a report on the wider child poverty work in Midlothian a case study focussed in on this project offering a qualitative assessment of the impact:
“‘The experience has brought everyone together to look at one specific problem – poverty – and to see how we can work together to get better outcomes for children”.
(Head teacher, Midlothian Council)
As part of that evaluation head teachers recorded that “child poverty and inequality was an existing issue within their school but the Cost of the School Day/Participatory Budgeting process had put it at the forefront and provided a focal point for new thinking and understanding about the complexities experienced by children and families”. It was also noted that “children’s awareness has increased about the impact of poverty, and it has helped develop their understanding, and they are able to talk about it with others – which is the first time for some children”.
In the Midlothian Education Service Plan 2019/20 it was reported: Stobhill Primary, who were awarded £7290 ... These projects were agreed through a voting system put in place by Pupil Council and almost all parents responded either at parents evening or through a voting slip sent home and so this was a genuine Stobhill Community voice.
The ‘Cost of the School Day’ participatory budgeting project in the 11 primary schools resulted in 2639 voters (pupils, parents and staff), 62 successful projects, a positive evaluation by the Child Poverty Action Group national charity and a COSD toolkit designed for Midlothian. Subsequent impacts linked to the project included a further £268,000 secured in partnership with Surestart from Hunter Foundation and Scottish Government Child Poverty Innovation Fund to do other innovative work.
It was originally planned the impact upon parents and pupils upon the cost of the school day would be further evaluated once the projects have been completed, but this information has not yet been made available. Thus far we can report that Midlothian Council has been able to learn from the process and that will support further embedding participation in decision making within schools and the wider community.

Midlothian Council carried ultimate responsibility for the project, working in partnership with schools and other partners. The funding came from the Council, with additional support from the Community Choices programme of the Scottish Government.
It was reported that in the first phase across 7 school communities, of the £58,404, total spent £36,250 came from Community Choices Fund and £22,154 from Midlothian Council.
In the later phase the Council picked up more of the costs with eventually at total of £80,000 being spent, with the Council putting in half the money and the Community Choices fund the remainder.

Don’t underestimate the impact that poverty can have on the lives of young people and their awareness of their situation and how they, at a young age, realise that their parents can’t afford to pay for new kit, school trips etc.
PB is time consuming so you need to allow lots of time for preparation. School teachers are usually very busy with lots of demands on their time and the curriculum. The support of admin staff is important – they are going to be very helpful in promoting and publicising the project
It also takes time to discuss with potential partners who may have fixed ideas – we had to take the time to discuss negative views such as “if parents didn’t drink/smoke/have a fancy phone etc etc, then their children would be OK.” This was actually quite a useful process because it led into more wide ranging discussion about poverty, choices, and examining facts such that parents (esp mums of female carers) were more likely to put their children first where money is being spent. In any case children have very little influence on how parents spend their money.
Sometimes the partners would have their own idea how PB would work, even after wide ranging discussion about the process - Sometimes you need to be relaxed about this but keep the key principles of PB in mind.
Try to engage parents in a variety of ways, face to face, social media – (don’t take for granted that they all use social media). Make best use of existing events, school sports, school shows, parents evening. Use these because parents will be in the school anyway – they lead busy lives too.
Decisions about PB voting are not always accepted – feedback indicated that participants weren’t always happy about the result (this included young people who had voted).

Cost of the School day toolkit used to inform the process:
https://cpag.org.uk/scotland/CoSD/toolkit

Midway report of the project on the PB Scotland website:

Later report of the project on the PB Scotland website:
https://pbscotland.scot/blog/2019/1/7/midlothian-council-st-lukes-cost-of-the-school-day-project

Report of the Project on the Midlothian Council Website:
https://www.midlothian.gov.uk/info/200284/your_community/449/participatory_budgeting/5

8-12 years (with parents also participating in the voting) 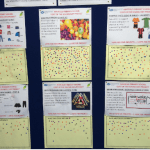 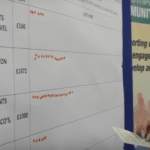