The project had two main goals

The experience coming from past editions of Warsaw PB shows that with each new year and more educational programs more and more young people take part in PB. Aiming in making their number even higher youth workers engaged in the program prepared one year program that took place in 6 schools (primary schools and high schools) in two districts in Warsaw and were targeted in teachers and students in three stages: firstly groups met youth workers twice to workshop the idea of PB, secondly to consult them in a consulting point, thirdly to present and discuss them in a public debate.

Number of meetings with the teachers: 6 workshops for 40 people

During the program we worked with:

After the group workshops with teachers and pupils’, youth workers organised the consulting point for the interested pupils who wanted to ask questions, clarify the rules of PB and talk about their project ideas in smaller groups. Students were encouraged to propose their own ideas and prepare their own project application. Draft applications were presented in the public school debate in the presence of other students, teachers, school staff and invited public administrative workers who were professionally connected to the bp. The debates were an opportunity to discuss pupils’ draft projects, which helped them to improve them, but also to engage all pupils in the decision making process and promotion.

During the workshops and consulting point meetings youth workers facilitated the process of writing the PB project application by the students which resulted in 10 new projects that were created and admitted to the Warsaw District PB. Each of them was created as a pupils’ unique idea that was corresponding to the the district needs. Out of 10 project ideas admitted 2 won the voting and were fulfilled in the upcoming months.

First, “Free thematic night film screening” with the cost of 63 000 PLN that took place in the primary school which the proposer of the idea attends. Overall 9 summer screenings were organised weekly in July and August 2019. The author's idea was realised by the public institution that deals with public film screening and city culture.

Second, “Be available - eco benches” with the cost of 78 000 PLN which proposed the idea of benches that work also as the free electronic stations that enabled charging electronic devices using solar batteries. In June 2019 4 of this type of benches were introduced in the district, also next to the high school that the project proposers attend. The idea was fulfilled by the district institution that deals with public space.

The District Hall was fully founding the whole educational process and the PB projects implemented within it.

- 70% of students and teachers who took part in the project increased their knowledge about the PB processes;

- over 90% of teachers who took part in the seminars claimed they increased their knowledge about how to educate about the PB processes;

In qualitative evaluation, students showed that the process showed them the potential of the PB especially in terms of:

“when working with young people during the whole school year it's important to keep it fun and maintain excitement while responding to their needs: for example, some pupils were stressed about calling public workers with questions on the phone, so we helped to practice it with them by mock phone calls”

Publication from the first edition of the project (in Polish): https://poledialogu.org.pl/wp-content/uploads/2016/07/Mlodziez-i-bp-otwieranie-drzwi.pdf

List of materials to use in classes (in Polish): 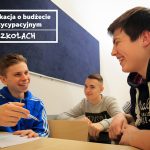 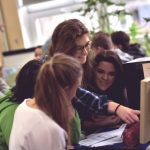 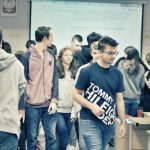 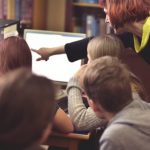